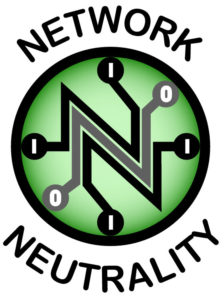 If you work in the tech or web industries, you’re probably already entrenched in the debate raging on right now over net neutrality.

The fight for net neutrality has been going on for a long time now. There have been court rulings, overturned court rulings, and even more court rulings regarding what can and cannot be done with regard to information transmitted over the internet.

What is net neutrality?

If you’re out of the loop, net neutrality is the concept that all legal information being sent over the internet should be treated in the exact same way. In other words, no single company or website should get preferential treatment when it comes to the speed at which their content is delivered to the user.

That seems pretty fair, right? Avoid conflicts of interest, allow small businesses (and individuals) to share information at the same rate as big businesses, and keep the interests of the individual held above those of any company.

Sound ideal? Utopian? Too good to be true? Well, for the moment, it is. The big broadband internet service providers (ISPs) like Comcast, AT&T, and so on are trying their hardest to keep it legal for them to give preferential treatment to those that pay them to do so.

Basically, the broadband companies that provide internet service to consumers have been arguing that it’s legal for them to create a “fast lane” for content providers (like Netflix or YouTube). This fast lane is supposed to help expedite the enormous amount of traffic that these websites get, allowing you, the consumer, to get your content faster.

Except, that’s not exactly what happens. The “creation” of this fast lane isn’t like adding a new lane to the superhighway that is the internet. It’s more like arbitrarily providing different speeds for different content providers, based solely on what your broadband provider determines those speeds should be.

At least, this is the fear of those who argue against the fast lane part of the FCC’s open internet proposal. If you give the broadband companies the power to do such things, a lot of people argue that you shouldn’t be surprised when every website that isn’t paying your ISP loads slowly.

Because of this, the FCC changed some aspects of the proposal to give itself the power to determine these fast lane deals on a per-deal basis. It’s yet unclear exactly what would determine how it rules a fast lane deal to be against the rules or not.

For example, what if a fast lane deal actually meant that the broadband provider was building new infrastructure to support faster speeds for that content provider? What if, through transparent speed stats, we could be sure that the broadband provider was, in fact, not throttling any legal content when it shouldn’t be? That might be a good compromise, but most likely isn’t what the ISPs really want to do.

And, speaking of what the ISPs really want to do: they can pretty much do anything. The scary thing is that a lot of these broadband providers are basically monopolies in given areas around the US. Comcast has their neighborhoods, Verizon has theirs, and so on down the line.

So, when you go to complain about poor service and threaten to switch to another provider, you’ll most likely find no other options. If you do find another option, don’t be surprised when you get slower speeds or the exact same kind of service.

This is another issue on the net neutrality front. You would think that in a capitalist society, competition would make it so that the ever-improving internet would offer more and more freedom all the time. But, that’s just it: there is no competition.

Broadband providers sit pretty with control of their territories and refuse to budge whenever they get called out. Overseas, there are some seriously great deals for much, much faster internet than we have here in the US.

This whole debate boils down to regulation. Those who want complete net neutrality argue that the internet itself is much like water or electricity; its worth is inherent and undeniable to every single person in the country, and it should thus be regulated as a utility.

If the FCC were to change the designation of broadband ISPs from “telecommunications services” to “common carriers,” it could do exactly that—regulate broadband ISPs as utilities. This would take away much of their power and allow the FCC to apply blanket rules to all broadband companies and all the messy situations they get themselves into.

This would also start a legal battle the likes of which have never been seen before. The broadband companies have already banded together in opposition to being called common carriers and have promised that if such a decision were rendered by the FCC there would be dire legal opposition.

Yeah, there are a lot of unknowns and there may be some conjecture going around about what’s going to happen if we don’t have net neutrality. But when Google, Amazon, Microsoft, Twitter, Facebook, and a hundred other companies band together to formally oppose these fast lane deals, you kind of get the sense that something is really wrong here.

West County can say without hesitation that we’re full supporters of an open internet. With the ever-expanding scope and value of the internet, the verdict on net neutrality will be something that defines part of our culture as we progress into the future.

Don’t take our word for it

If you’re interested in learning more about net neutrality, there are pretty much endless resources online right now that go way more in depth than this article. This post by the famous self-proclaimed “front page of the internet,” reddit.com, gives a ton of information and links to helpful resources. There are also a variety of YouTube videos that explain in certain, simple terms this whole net neutrality debate.