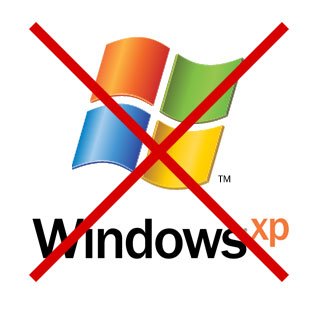 After a long, successful life, the world’s most popular OS is finally being laid to rest.

Microsoft has finally ended its support for the Windows XP operating system.

Sustaining 13 years on the market, the extremely popular operating system was used the world over. In the end, XP weighed in at just under 28% of the global OS market share.

To be so popular even at the time of its death is a testament to XP’s design and functionality. However, its technological limits have held the OS back for far too long.

Microsoft will no longer release security updates or, realistically, any content for XP. The technical support articles that the company already offers will serve as a graveyard for the now-deceased operating system.

So, what does it mean if you’re still using Windows XP? Well, for starters, your computer will still function completely normally. Microsoft doesn’t have the power to eradicate XP from its users’ computers.

However, there are many compelling reasons to ditch XP and update to a newer operating system like Windows 7, 8, or 8.1. The most obvious of which is your ongoing security. Know all of those annoying popups in the bottom right corner of your screen telling you about new updates to your system? Those won’t be showing up anymore.

While they may have seemed annoying or even trivial at the time, it was these updates that kept attackers from accessing your personal information and doing with it what they pleased. Now, it’s only a matter of time before hackers find the latest (now permanent) security flaw and exploit it to the best of their abilities.

With Microsoft ending support for fixing these flaws, you can bet that attackers are working now faster than ever to squeeze as much valuable data out of the quickly dwindling supply of XP-based computers.

IT companies worldwide are telling their clients to jump ship or go down with it. Upgrading all of your computers to a newer version of Windows remains the only way to ensure your business’ security.

The only thing West County can do as an IT company is recommend that you upgrade your systems as soon as possible. If you need help upgrading or have questions about how to get your hands on a newer version of Windows, contact us.