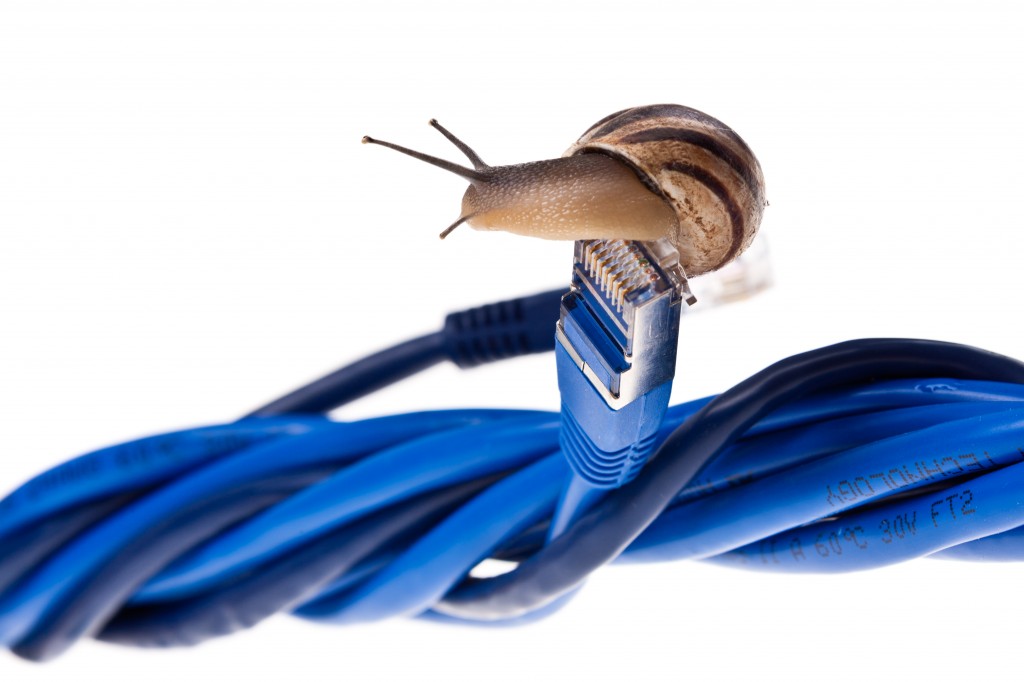 There’s this little clawing, nagging thought in the back of my mind.

I don’t notice it all the time—I’ve gotten used to it by now.

But every time I fruitlessly reset my router and modem…

…every time I see a Comcast bill:

I’m paying this business whose practices I hate, whose service I am fed up with, and whose customer service is consistently rated the worst in the country. And there’s nothing I can do about it.

Feeling helpless to fight back against your ISP? Hypocritical that you throw your money into their pockets anyway? Me too. The truth is that the broadband internet service providers in the US are monopolies, controlling numerous and huge service areas without real competition and without real consequences for their actions.

Don’t want to throw your money at these monopolies? The only other option is even slower internet service, which isn’t really an option in today’s world. Especially when the US is already notoriously low on the list of average download speeds worldwide.

So how do the big ISPs like Comcast and Time Warner Cable get away with being monopolies in their service areas? They’re considered “natural monopolies.” At least, that’s what the government considers them.

A natural monopoly is one that serves the public (in terms of economic feasibility) better than could be accomplished with multiple competitors. They’re the most efficient at producing what they produce, and can therefore provide their services at the best prices to the consumers. You often see utilities categorized as natural monopolies.

It probably doesn’t surprise you that that doesn’t sound anything like your broadband internet provider. The fact that the big broadband ISPs are fighting so hard to not be considered ‘common carriers’ and to not have the internet considered a utility is very telling.

Just because the government called these companies ‘natural monopolies’ and helped them set up their infrastructure doesn’t mean that the companies will act as actual natural monopolies. It’s only becoming increasingly apparent (see the recent shakedown of Netflix by Comcast) that Comcast, TWC, and the other big boys don’t have the public’s best interests in mind.

If they didn’t seem monopolistic enough, add February’s announcement that Comcast plans to acquire Time Warner Cable for about $45 billion. That’s the two largest cable and internet providers in the nation, merged.

Comcast and Time Warner Cable also happen to be two companies with the lowest customer satisfaction ratings in the nation, merged. Both Comcast and TWC scored lower than any other company in America on the American Customer Satisfaction Index, considered the most comprehensive survey of its kind.

Recently, a tech blogger tried to disconnect his Comcast service over the phone. His phone conversation with the Comcast rep went on so long that he began to record it, and the recording went viral.

The problem lies not only in the toxic corporate structures Comcast has set up to incentivize arguing with customers, but also in the fact that it doesn’t matter if those structures exist or if anyone knows about them.

They can verbally beat down their customers to the point of submission and get away with it because they’re the largest provider of internet service in the country and nobody can challenge that.

Recently, chairman of Sprint Masayoshi Son spoke at Code Conference, comparing America’s internet speeds to the smog in Beijing—when you live with it every day, you can’t notice how bad it is.

When Son gets on his computer while he’s in the US, he says, his exclamation is always the same: “Oh, my god. How can Americans live like this?”

There’s simply no other option for many people and the big broadband ISPs aren’t going to give us another option. There are many smaller, local ISPs that try as hard as possible to provide their customers with the internet service they want, but the hurdles to growth are too constricting.

Sonic.net, a local ISP based in Santa Rosa, has been very vocal about its support for net neutrality and a faster internet for all. CEO Dane Jasper said in an interview with Multichannel.com, “When it comes to broadband performance and speed, the limits are artificial.”

For those who’ve heard of it, the one big hope right now is that Google’s extraordinarily fast fiber internet service is able to expand beyond a few neighborhoods in Kansas City and Provo, Utah.

However, the search giant is facing the same regulatory hurdles that have kept competitors out of the industry since its inception. If it’s this hard for Google to get into the game, it’s no wonder that Comcast and TWC have easily kept a stranglehold on the market.

As Comcast’s market share grows even larger with the TWC acquisition, so does their power to influence local, state, and national governmental policy. Allowing them to be a “natural monopoly” that provides none of the societal benefits of a natural monopoly is going to continue causing serious harm.

West County implores you to read more, do your own research, and, above all else, keep talking about this stuff!