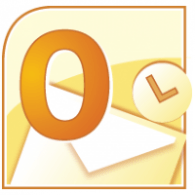 Microsoft issued an update for Outlook 2010 on Tuesday, December 8, which was supposed to fix a set of issues, including preventing the program from mistakenly entering safe mode on startup.

The updated, named KB 3114409, instead caused widespread issues for many users and administrators, including doing the very thing it was supposed to prevent.

Microsoft has since rescinded the patch and removed it from its website. They have also added a notice to the patch’s support article, indicating that users should uninstall the patch if issues arise.

If you’d like to uninstall KB 3114409, visit the patch’s support article page and scroll down to the section titled “More Information”.